The position has been filled, thank you for all applicants!

News regarding the announcement:

We expect that you:

You understand the coaches' central position in the club and the value and importance of the coach communicating actively towards both athletes, parents and volunteers.

The job of the fencing master in Oulun Miekkailuseura would entail:

Salary consists of basic salary plus salary for lessons and camps. Specifics of compensation to be negotiated with the applicants.

The position is open and will be filled as soon as a suitable candidate is found. Exact beginning date to be negotiated with the candidate. Both beginner and more advanced fencers at the Fencing club of Oulu salle. The salle is dedicated only to fencing.

James MacRae coached in Oulun Miekkailuseura for a period of two months in Spring 2012. Here is his account on his stay in our club.

I have found the city of Oulu to be a an interesting and very pleasant place to stay.  Oulu seems to embrace all nations as I have met many from different parts of Europe and the America's. It has a friendly and social atmosphere where I found all I needed in a  small but well stocked city centre.

The club was idealy situated for me, about a 10 min walk form the flat I was staying in.  I believe Oulu fencing club are very lucky!  They have a salle that is designed for the training of fencing, a sprung floor, metallic pistes, targets on the wall and plenty of equipment for all ages.  This is a fencing coaches dream as he just needs to turn up and coach and not worry about when they have to leave the salle and the transportation of equipment.

As a visitor to the area I was worried about meeting new people in a new environment.  I found all staff and members of the club approachable and friendly and willing listen and learn when instructed.  All worked incrediably hard to make my stay enjoyable and to become part of Oulu fencing club.

There are various ages groups within the club (from very young to veterns) with a core of dedicated fencers and officals that wish to improve the clubs fencing and coaching situation.  I believe that this will happen sooner rather than later and I feel that with the determination of the present coaches we shall soon see competitive fencers from Oulu in national teams!

All age groups of the clubs fencer wished to learn and enthuasticly took part in all training sessions, with some training for various competitions they had entered.  I believe that Oulu fencing club would provide a fantastic oppotunity for a future coach to devlop the club and for the coach to take part in international events within their choosen weapon. 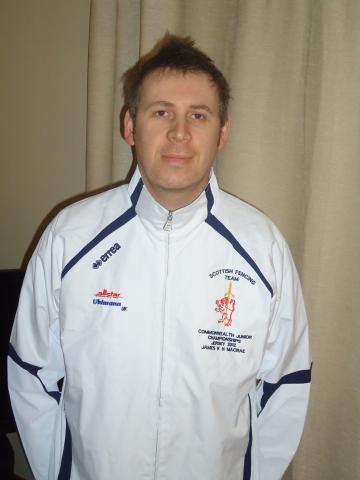 The city of Oulu is situated in the northern part of Finland and is the biggest city in the region, and the 6th largest city in Finland. Read more about Oulu at:

Oulu is well-connected with our local airport, and most locations in Europe can be reached with 2-3 flights.

City of Oulu and the Oulu river

Applications to the position are to be sent via email to teemu.tokola@oulunmiekkailuseura.fi

Applications will be considered until the position is filled.

The fencing club of Oulu is looking forward to your application!